Although human rights issues are at the forefront of the ethics of consumer products manufacturing, the rights of animals are also at risk in this major industrial sector. Animal rights awareness is growing with every passing year, with consumers increasingly demanding cruelty-free products and moving towards a plant-based diet. The history of animal use in medical and consumer product testing goes back at least thousands of years, with evidence of infamous Greek physicians like Aristotle (384 - 322 B.C.) performing experiments on animals to better understand physiology and pharmacology33.

Over the millennia, animal testing continued, but it wasn’t until the recent past that there was a big enough cause for it to be required in the legislature. In 1937, a pharmaceutical company added diethylene glycol (DEG) to its drug as a solvent for raspberry flavouring34. DEG is poisonous to humans but the chemist was unaware of this fact because no animal testing of the drug had been performed. As a result, there was mass poisoning of people, and in response to public demand, the U.S. government passed the 1938 Federal Food, Drug and Cosmetic Act, which set up a framework for the safety testing of drugs and cosmetics before they could be released to people, and the most widespread way to perform this safety check became animal testing33. There are, however, better ways that have been proposed by scientists and are already being used to test product safety without any animal cruelty whatsoever, as disclosed in the Future Action section of this factor.

One of the biggest animal rights issues in the consumer products industry is that associated with animal testing. Before consumer products can be released for use by humans, they must first be approved by international and national governing bodies to ensure that they meet the minimum safety standards for human consumption. This includes acute toxicity testing, in which the product is injected, or exposed through other means, into animals to visualize the side effects and whether the product is toxic to the animal. These high doses can lead to paralysis, extreme pain, seizures, and even death in the animals being tested. Animals are also abused in order to test for skin and eye irritation, where the product is applied to the animal’s eye or skin directly in order to observe any irritating or corrosive results35. Consumer products are also injected into animals to test for signs of irritation and allergy, as well as reproductive deformities35. Animals are also injected with products for years to test for potential carcinogenicity, and then killed to see whether the product produced any signs of cancer35.

Although animal testing has contributed significantly to human health and scientific knowledge, it is now becoming outdated and seemingly cruel in the face of new, alternate methods of safety testing. In Canada, the Food and Drugs Act of 1920 is responsible for ensuring the safety of items such as food, drugs and consumer products36. While this Canadian Act, like its American counterpart, does not always enforce animal testing, many product manufacturers meet safety demands through animal testing. Canada made progress for animal rights and ethics when in 1968, the Canadian Council on Animal Care was established, in their own words, a “national peer-review organization responsible for setting, maintaining, and overseeing the implementation of high standards for animal ethics and care in science throughout Canada”.

As knowledge on animal treatment for consumer product testing increases, so does the demand of ethical safety testing of products, especially in the presence of modern, more accurate technology. Following mass petitions and public demand from Canadians, Bill S-214 to amend the federal Food and Drugs Act, also known as the Cruelty-Free Cosmetics Act, which forbade animal testing for cosmetics, as well as the sale of any cosmetics made using animal testing in Canada, was passed by the Senate in 2018. As of now (March 2021), Bill S-214 has not become law in the House of Commons, but this does show both a demand for, and room for work to be done in promoting a sustainable consumer product industry that has no negative impact on animal rights. Those wanting to show their support for the Cruelty-Free Cosmetics Act can do so by writing direct, courteous letters to the office of their Member of Parliament (MP), arranging a phone call, or meeting with their MP, or by publicly raising their voice in support for this bill.

On a much simpler note, the consumption of meat in diet is a massive animal rights issue in itself, where taking the life of an animal to feed oneself is the direct decision to extract its innate right of life. This decision often comes on a personal level for most consumers and just like any other consumption transaction, this is a choice that every consumer must make based on their own values, and with every choice, comes its consequence. Perhaps the enormity of this issue and its environmental and animal rights impact can be seen in the statistics of meat consumption, which has increased over 50% over the last couple of decades, reaching 360 million tonnes in 2016. This is particularly an issue of massive scale given the way in which most of this livestock demand is being met - by factory farming. Not only is factory farming an issue of animal right abuse, because animals are often overstocked in small cages and designed to breed and multiply quickly to meet the global demand of meat in the cheapest way possible, but it is also an environmental issue of critical importance. Livestock farming uses a large quantity of natural resources such as water - which is used to feed animals, in addition to growing food to feed livestock. In addition, livestock farming, cow excretions in particular, releases a mass amount of methane into the atmosphere, which is a greenhouse gas.

Based on 2019 estimates, the livestock sector accounts for 14.5% of the world’s anthropogenic greenhouse gas emissions, which is a direct cause of global warming39. With an exponentially growing population, this animal rights and environmental challenge is also expected to multiply exponentially. Cue the competition for developing eco-friendly alternatives to livestock consumption. XPrize, a non-profit organization, for example, aims to expedite this development via incentivized competition. XPrize launched a “Feeding the Next Billion” Competition, sponsored by the Tony Robbins Foundation and the Foundation for Food and Agriculture Research (FFAR), which promises a prize of $15 Million to innovators who find a way to ensure the provision of healthy and nutritious food to our growing population in a sustainable way, without making the planet uninhabitable, as it is expected to be on our current trajectory40. 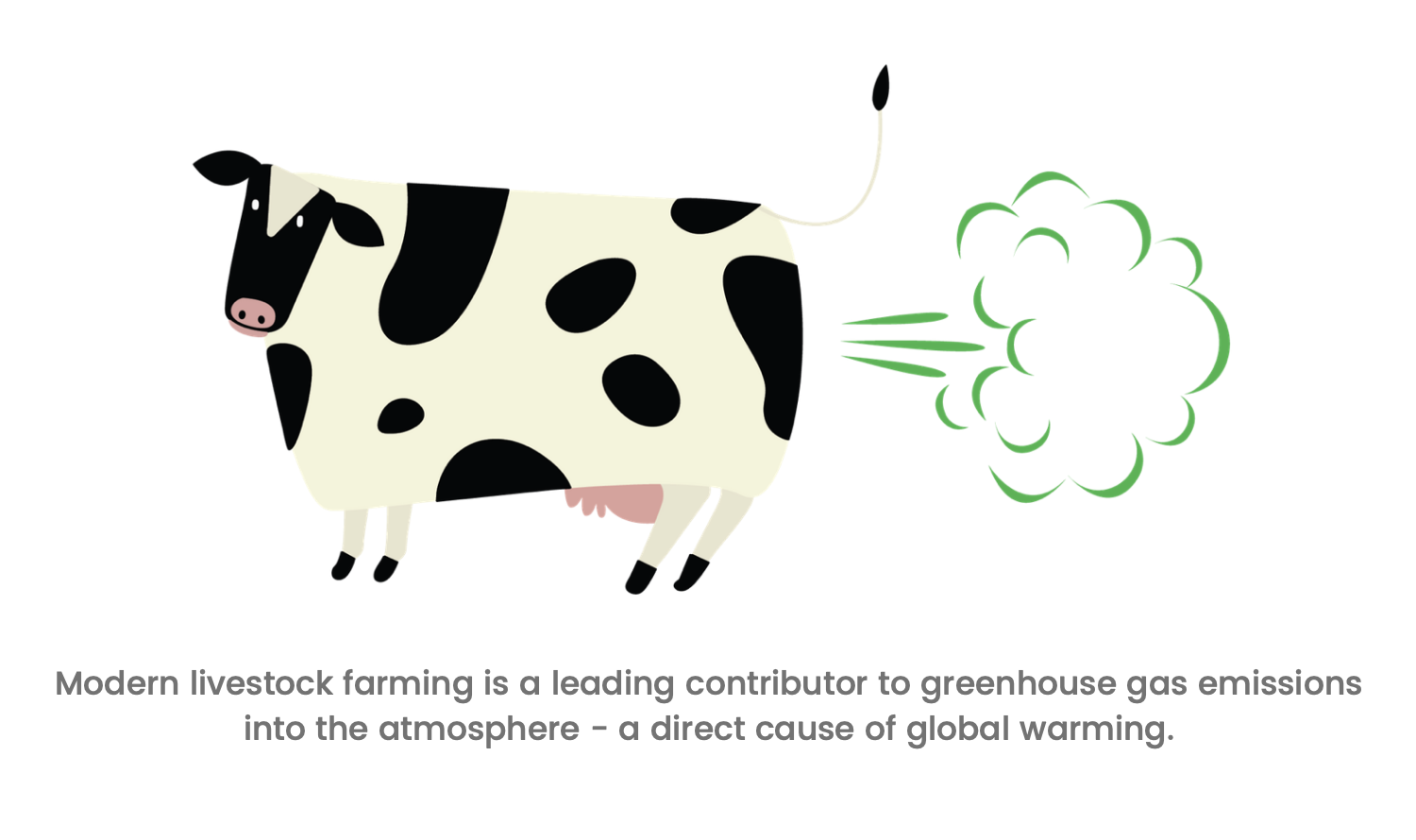 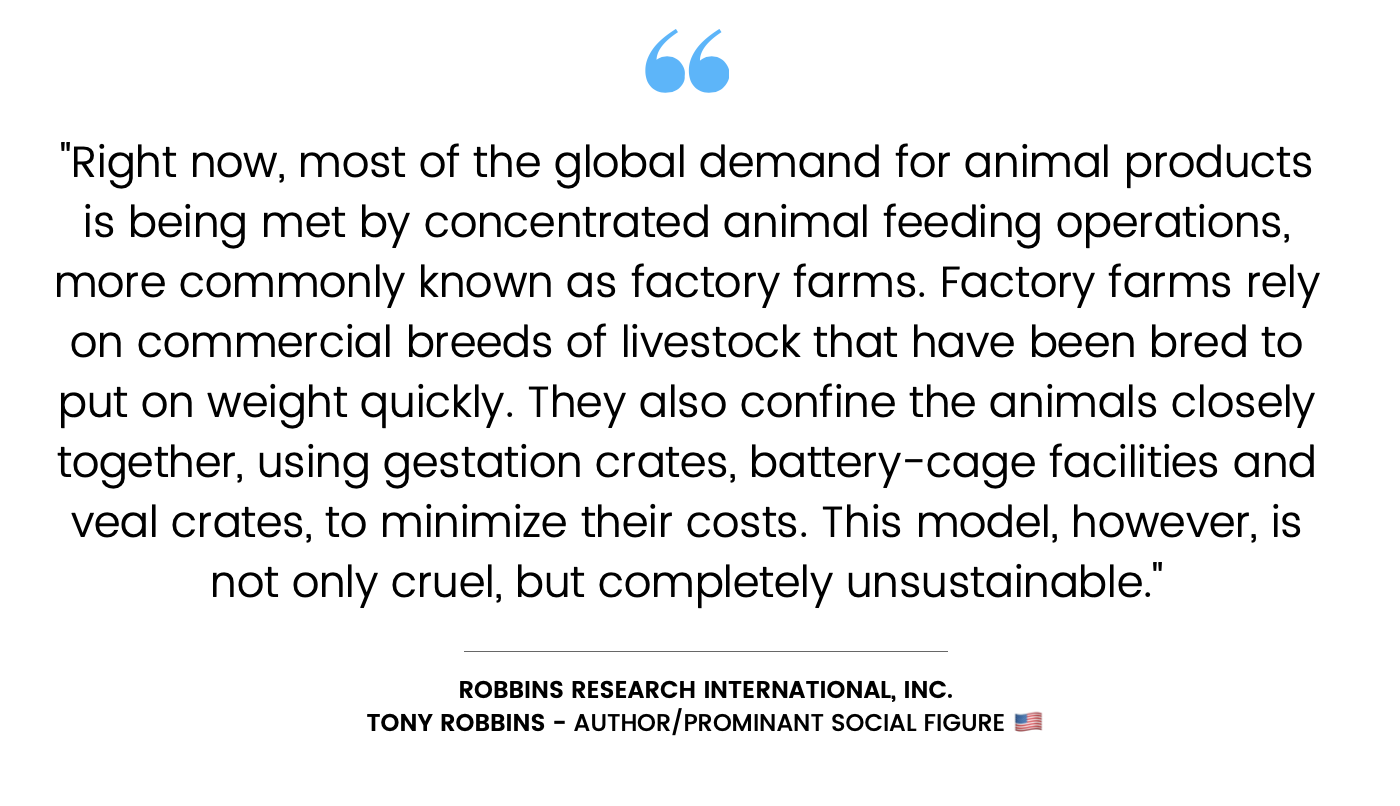 The issue with these animal rights violations is not just that they are harmful and/or cruel, but they are also easily replaceable. Many of these testing experiments are extremely outdated and can be replaced with modern solutions. For example, human cell and tissue cultures can be grown in the lab and tested for human health impacts with much greater accuracy than animal testing without violation of core human or animal rights41,42. 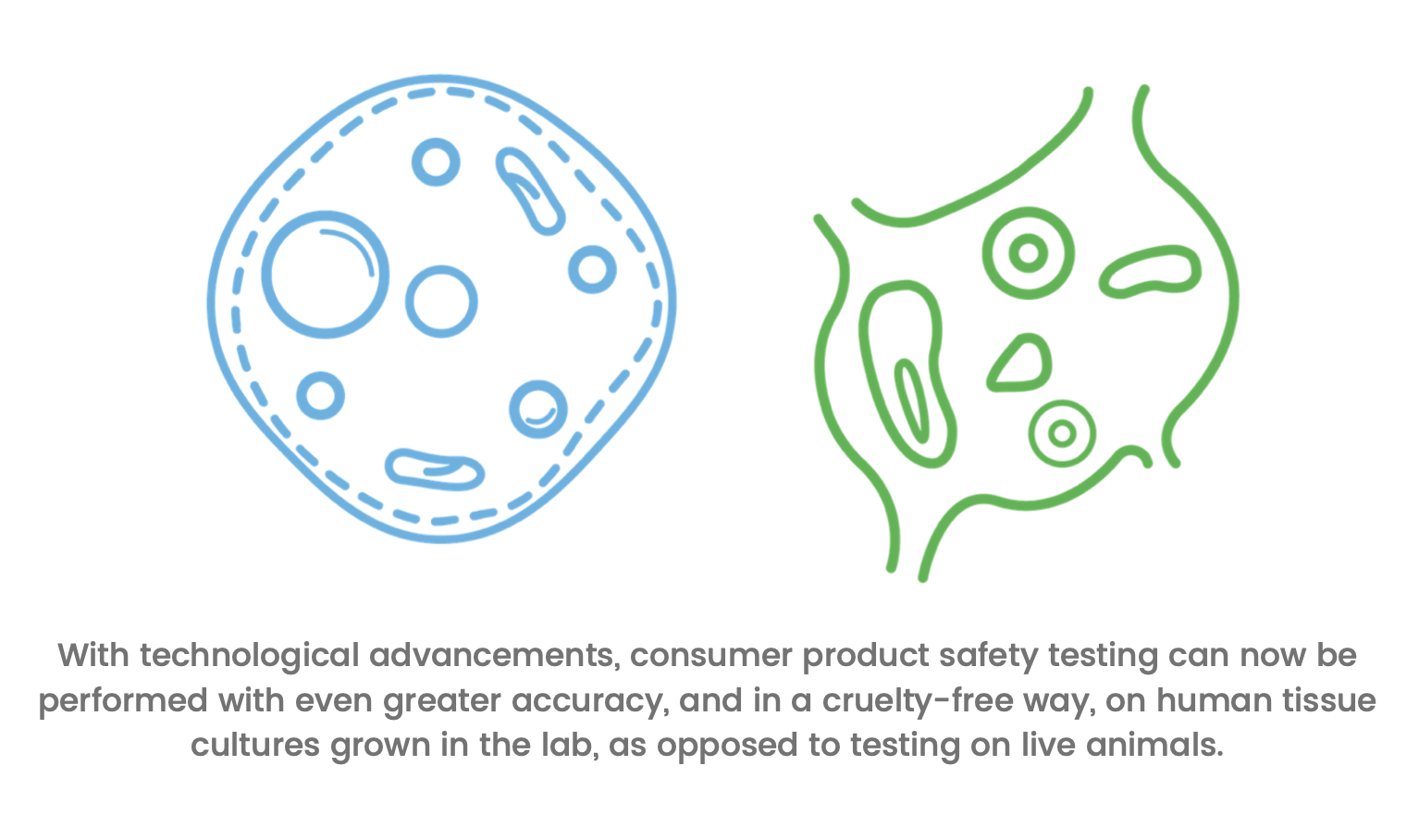 The only way to force manufacturers to take demonstrable action is by changing the face of consumption - that is, opting for cruelty-free and vegan brands that do not test on animals or violate basic animal rights in any way. This change is visible on a global scale as well. India and the European Union, for example, which are major consumption markets, have now banned retail of any products that have been tested on animals. In order to conform to these new market regulations, manufacturers must comply with consumer demands for sustainability and if they take action to become sustainable for one market, it may lead to a positive ripple effect where they choose sustainability in other world markets as well in order to unify their mode of production.